Saturday 22 March
Spiritual Ecumenism
A Day Conference, 10-30 am to 4 pm at Westminster Cathedral Hall to celebrate the influence of Christians' "spiritual emulation" of each other, the influence of prayer for unity on the life of the churches, and the real advances in ecumenism through living in the "Invisible Monastery". 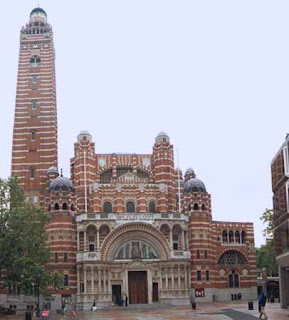 See the "Book" page above, to obtain these talks.
Weekend of Celebrations in Lyon 22 - 23 March
Saturday 22 March
2-30 pm to 5-30 pm : An afternoon on Paul Couturier's life and ideas, with witness accounts of those who knew him, at the Université catholique de Lyon, Salle Jean-Paul II, 25 rue du Plat, Lyon 2
2 pm to 5-30 pm : Celebration for Young People of all denominations at the Temple du Change, Place du Change Lyon 5 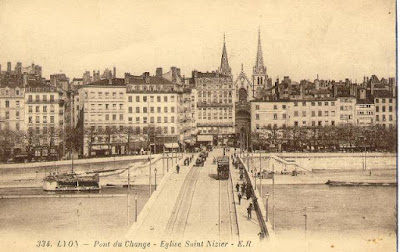 6 pm to 7 pm: Ecumenical Liturgy for the faithful of all Christian Churches, in the Cathedral of St John
Sunday 23 March
Each Christian confession invited those of other Churches to special Services or Eucharists. The Catholics gathered the Church of St Francis de Sales, rue Auguste Comte, Lyon 2e, a building where the Abbé loved to say Mass, and where he organized the first meetings of the Week of Prayer for the Unity of Christians
11-45 am : Unveiling of a Commemorative Plaque in honour of the Abbé Paul Couturier, in the presence of Monseigneur Philippe Barbarin, and the Senator-Mayor of Lyon Gérard Collomb as well as the mayors of the 2nd and 5th arrondissements, to mark the renaming of the St Georges Footbridge as the Passerelle Abbé Paul Couturier, quai Tilsitt-Lyon, Lyon 2
2-30 pm : A tour 'In the Footsteps of the Abbé Couturier', visiting places associated with Paul Couturier in his life and activity : the Institution des Chartreux, where he taught for several decades; the Church of Saint Nizier, where he made his first Holy Communion; the cemetery of Loyasse where he has lain at rest for half a century
Pastor Conrad Reiser, President of the World Council of Churches, and Cardinal Walter Kasper, President of the Pontifical Council for Promoting Christian Unity, were invited to preside jointly at this weekend of celebrations.
Monday 24 March
The Fiftieth Anniversary of the Death of Paul Couturier
The Abbé was specially commemorated at Sung Mass at 5-30 pm at Westminster Cathedral on the Vigil of the Solemnity of the Annunciation of our Lord. Bishop Alan Hopes, vicar general, read a letter of greeting and commendation of the work and prayer of the Abbé Couturier. This was also the eve of the Centenary of the opening of Westminster Cathedral in 1903.
There followed a Reception and an address on The Life and Vision of Paul Couturier by Dr Timothy Watson of the University of Newcastle and a member of the Chemin Neuf Community.
Dr Watson's address and Bishop Hopes' homily were published in The Unity of Christians: Vision of Paul Couturier (see the Book page above)
27 - 30 March
International Ecumenical Fellowship British Region - Annual Meeting
The BRIEF residential gathering at Hengrave Hall, near Bury St Edmunds, Suffolk. Themes include the Ecumenical Spirituality of Paul Couturier, and ecumenical studies in the context of the university and in training for ministry. Address by Fr Mark Woodruff

Saturday 10 May
Dare to Share
The Focolare Movement and Churches Together in England joined forces to present a lived experience of new life in the ecumenical structures, at the Institute of Education, London.
Saturday 17 May
'That they all may be one' - But How?
The Society for Ecumenical Studies, the Newman Association and the ecumenical St Albans Centre for Christian Studies hosted this major conference at St Albans Abbey.
The keynote speakers were
To read their speeches, go to the  'More Reading' page.
27 - 29 June
Spiritual Ecumenism : The Vision of Paul Couturier for the Unity of Christians
An international interconfessional weekend at the English Convent, Brugge-Bruges, Belgium, to study and celebrate the influence of Christians' "spiritual emulation" of each other, the influence of prayer for unity on the life of the churches, and the real advances in ecumenism through living in the "Invisible Monastery". 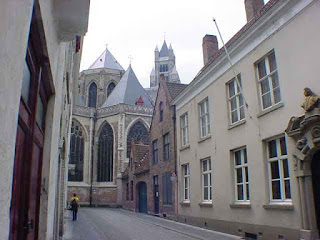 Addresses included:
The addresses were published in Unity of Christians: Vision of Paul Couturier. See the "Book" page above, to read online or obtain a copy.

26 - 29 August
Conference in Commemoration of Abbé Paul Irénée Couturier 1881-1953
The Ecumenical Society of the Blessed Virgin Mary under the leadership of Joe Farelly, who had known Couturier, arranged a Conference as a tribute to Paul Couturier, in particular to commemorate his hard work to promote ecumenical understanding between Catholics and Orthodox. The event was also a collaboration with the Society of St John Chrysostom and the Fellowship of St Alban & St Sergius.
Addresses included:
It took place at Woldingham School, a Catholic Secondary Independent School founded by the Society of the Sacred Heart, some of whose members made notable contributions to the foundation of the Ecumenical Society and to the cause of Christian Unity.

24th March 2003 marked the Fiftieth Anniversary of the death of the Abbé Paul Couturier, the visionary priest from Lyon who was the great ad...